Hit over the head 15 times with a claw hammer and left for dead by her ex-boyfriend, Gemma Price is now learning how to walk again thanks to a ground-breaking programme, also used by BBC presenter Andrew Marr after he suffered a stroke.

Gemma Price’s parents were so convinced their daughter would die after a vicious attack by her ex-boyfriend that they planned her funeral.

But against the odds the 32-year-old survived and, after almost two years in hospital and numerous brain surgeries, she is now learning how to walk again.

It is a far cry from the early days after the attack in May 2011, when Miss Price, then a shop manageress, arrived home one Saturday to find her ex-boyfriend Kyle Llewellyn waiting for her.

He was convinced bubbly Miss Price, from Briton Ferry, Neath Port Talbot, had started seeing his best friend and flew into a rage – smashing her over the head 15 times with the hammer when she tried to ward him off, before leaving her for dead.

Swansea Crown Court later heard he phoned his father and told him: “Dad, I killed Gemma. I’m sorry, she was seeing someone else. I lost my head I hit her with a hammer.”

His father rushed to the house where he found Miss Price covered in blood. Llewellyn, then 24, was arrested at Briton Ferry train station.

The court heard he had become jealous while looking on Facebook.

He was jailed for 14 years in November 2011 after admitting his ex-girlfriend’s attempted murder.

“It was jealousy, that’s all,” she said.

“I had never seen it in him before, he was a lovely guy but then it just happened out of nowhere.

“I loved him, you think you know someone then you find out you never did.”

Miss Price was rushed to Swansea’s Morriston Hospital with severe brain injuries, her ear was ripped off, her eardrum had been torn out, her jaw broken and her hands broken.

“What I remember from the attack is horrendous noise of my eardrum being knocked out,” said Miss Price. “My right ear was ripped off too. Then I blacked out.”

Her parents, Joan and Kieron Price, were told to expect the worst.

After being in a coma and on life support machine for a month, Miss Price was moved to the University Hospital of Wales in Cardiff.

A brain surgeon and specialist team started the long and painstaking process of operating on her injuries.

“When he attacked me with the hammer my brain was completely damaged and brain fluid leaked into my ear, they had to completely reconstruct my skull,” said Miss Price. 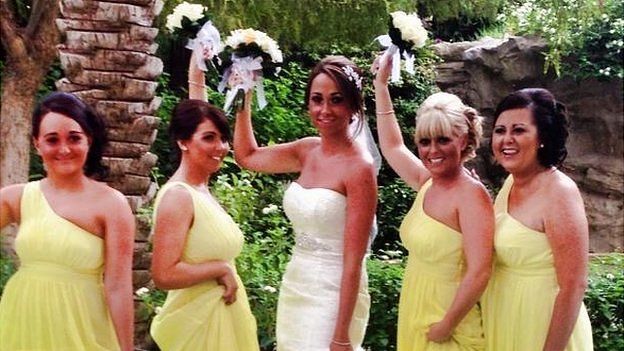 “Part of my skull has now been completely been taken away.”

Because she had a tracheotomy Miss Price had to learn how to speak again as well.

Reconstructive surgery was done on the ear which was ripped off with skin grafted from elsewhere, although she still does not have an eardrum.

“They say I might be able to have surgery at some point to replace the eardrum,” said Miss Price. “We will see though.”

She is thankful some things did not change, though.

“I have always been a bubbly sort of person and I’m so happy my personality didn’t change after the attack,” she said.

“When I got home I couldn’t even get up,” said Miss Price. “I was not able to walk unaided and had four members of my family running around helping me, but I was determined to live alone and in the end relied on my wheelchair to get around the house.”

But that year her sister Donna Charves, who Miss Price describes as “my rock” was to get married. Miss Price was determined to be there. 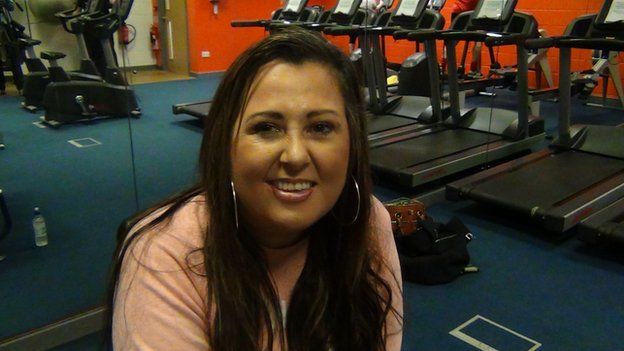 Gemma Price said she has had to learn to live again

“I had a lot of physiotherapy to be there that day,” said Miss Price. “But it was so amazing to be a part of it, no one thought I would be there, so Donna was thrilled I was there.”

Four years on, she is learning to walk again thanks to an innovative new programme which helps stroke victims.

She started the weekly sessions last October and can already walk unaided – something she had given up hope of ever doing again.

“I learnt to walk when I was little, but now I’m starting my life all over again,” said Miss Price. “I have gone from having my life taken away to being able to do things again.”

The Action for Rehabilitation from Neurological Injury (ARNI) programme Miss Price is on was founded by a stroke survivor. It was set up to help people who have suffered a stroke or brain injury gain better control of their actions.

Just three trainers work in Wales, and they work with Celtic Leisure in West Wales. They qualified thanks to Abertawe Bro Morgannwg University Health Board grants.

Miss Price said: “Before I started this programme every day I would wake up not being able to do anything, the physio was not working, and my parents were told I would never be able to walk unaided again.

“I’m proving the doctors wrong. It has given me confidence again. Last year I wouldn’t leave my house at all, I have found it frightening to go out after coming home from hospital.”

But Miss Price has to be very careful, because she does not have half of her skull, a fall could be fatal.

“It has been quite daunting because I had trained myself to live in one way – just in the house – and now I’m learning to live again,” said Miss Price. “I am walking around the house with no help but I have got to be careful though as if I fall I could go back to square one again.”

Miss Price was one of the first patients to be accepted onto the pilot ARNI programme which started last year.

She said: “They do a lot of balance work with me, I’ve been on the bikes, used leg weights, worked on my core muscles and they have helped me to try different types of walking styles.

“They work me hard but I love it – it’s my favourite day of the week. They have helped me learn how to get down and get up, which is amazing as I wasn’t able to get up before. 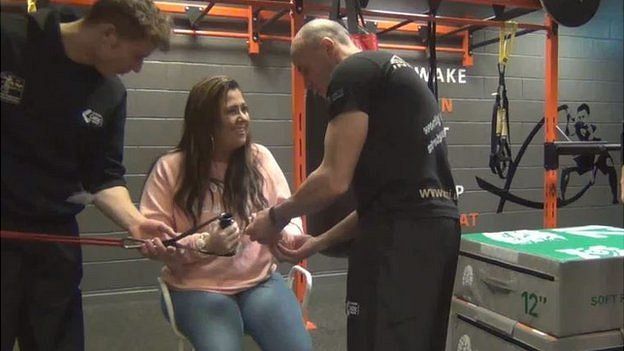 “My left arm was dead, but now I can move my fingers a bit, which is a massive difference.

“It makes you believe that you can do it, it has been brilliant for me.”

Celtic Leisure’s Sport and Physical Activity Development Manager, Natalie Hawkins, said: “We have worked on functional things with Gemma, the programme is about improving each person’s capability levels to do every day tasks.”

Miss Price says the rehabilitation has given her hope.

She said: “In May it will be four years since the attack happened. It seems a lot longer though, it seems like it has been forever.

“My family and friends can’t believe how well I’m doing, this rehabilitation has given me my life back again.

“It has been the hardest four years of my life. But it has made me a better person, you see things differently when you go through something like this.”