From Jill- about my Mum, Peggy.

Here is my testimonial!

My mum, aged 70, had a major stroke due to atrial fibrillation at the end of June 2009. She was in hospital for six weeks, during which time she was lucky to receive half an hour of physiotherapy three times a week. As she believed she was going to make a spontaneous recovery she didn’t see any problem with that. In fact on more than one occasion she felt she was too tired to attend and the staff didn’t push her.

She came home in a wheelchair with no perceptible movement in her left leg or arm. The physiotherapists led us to believe that she would never walk again, and she couldn’t even stand without aid. She started having out-patient physiotherapy twice a week concentrated purely on her walking, and at around this time her leg seemed to suddenly regain some movement.

Her walking, however, improved very slowly and I scoured the Net seeking ways to help her and also to work on her arm, as regaining its use is very important to her for her craft hobbies. At some time during that search I found ARNI and some other websites that talked about lots of work to regain movement.

My sister and I began ‘forcing’ our mum to practice walking every day. Her physiotherapist noticed an improvement straight away from this daily walking, and we increased the time and distance.

We also worked on her hand and arm as much as we could but at that stage she found it very painful. Eventually she was able to walk through the house using a quad stick but her balance was still wobbly and she was anxious about walking when on her own. I realized that we seemed to have reached a plateau and that although she could walk slowly with the quad stick she was still nowhere near achieving much independence. I contacted Tom Balchin of ARNI who recommended us to Terry Samuels in Chester. 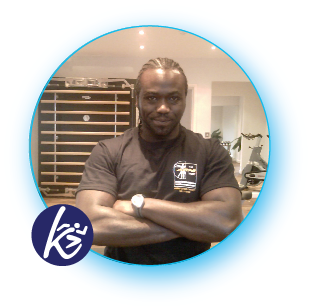 The first time we went to see Terry (in July 2010) we took Mum in in her wheelchair, and he started to assess her on the ground floor. Within a few minutes he had her taking a few steps unaided for the first time! I told him she had managed the stairs at home with our help so he got her going up the stairs which she did slowly but successfully.

Coming back down was more of a problem, as there is only a banister on the left hand side. She tried it alternately backwards and on her backside and it seemed to take half an hour but eventually she made it. Terry made Mum walk to the car, so she had gone in in the wheelchair and come out walking.

Terry gave Mum lots of exercises to do and told her to walk as much as possible at home and leave the wheelchair. On one of our subsequent trips he encouraged her to use a wooden stick instead of a quad stick. Now she’s walking unaided daily and her balance has continued to improve. In addition, Terry has been working on her hand and arm and she has increased her grip strength and finger movement and she can now lift her arm outwards far more.

She now walks around the house at will, albeit still with a stick unless we are present, can bend down to pick things up, can walk downstairs frontwards, can get up off the floor and is a lot more cheerful and motivated. A couple of weeks ago she walked around a supermarket pushing a trolley for the first time – something it seemed she would never be able to do again this time last year.