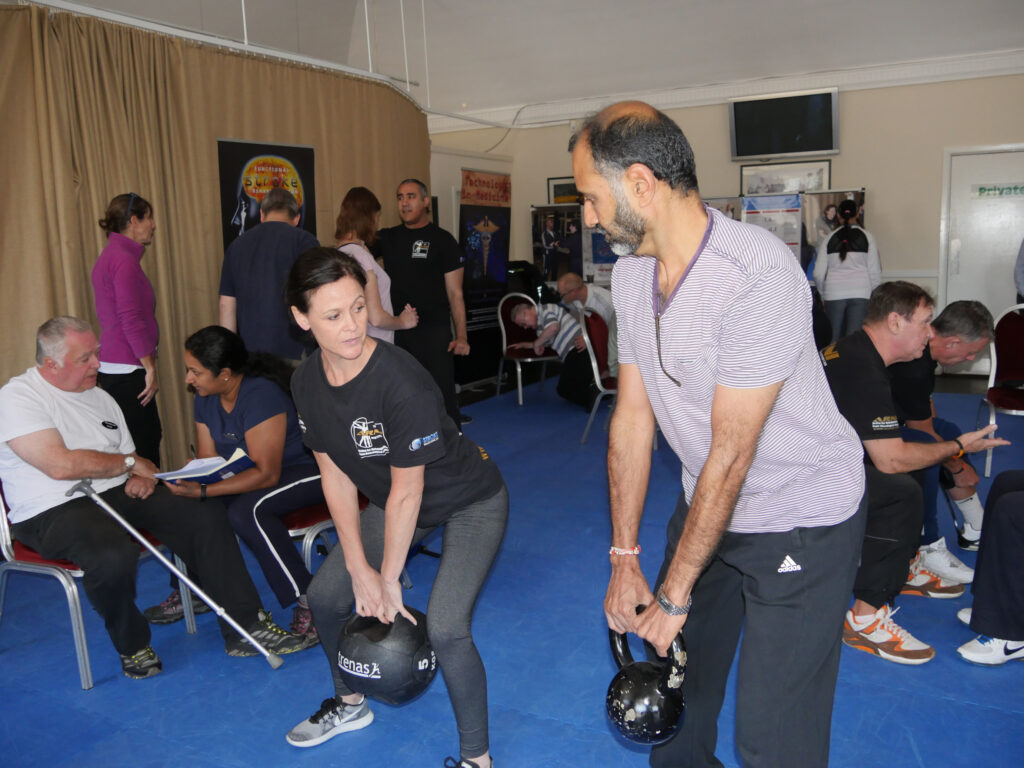 A systematic review and thematic synthesis of qualitative research concerning venue-based exercise interventions for people with stroke in the UK has just been published in the journal ‘Physiotherapy’. The available evidence base analysed found that the ARNI fares better than Exercise Referral Schemes in terms of survivors making important improvements in activities of daily life (ADL). including eating, dressing and household tasks. ARNI has been found to improve physical function and mobility and importantly, is non-ambulant people inclusive.

It is reasonably well-known that in general, exercise after stroke participation is known to be associated with significant improvements in quality of life. Data relating to the effects of exercise following stroke suggests that participants perceive improvements in physical function, participation and psychosocial wellbeing. 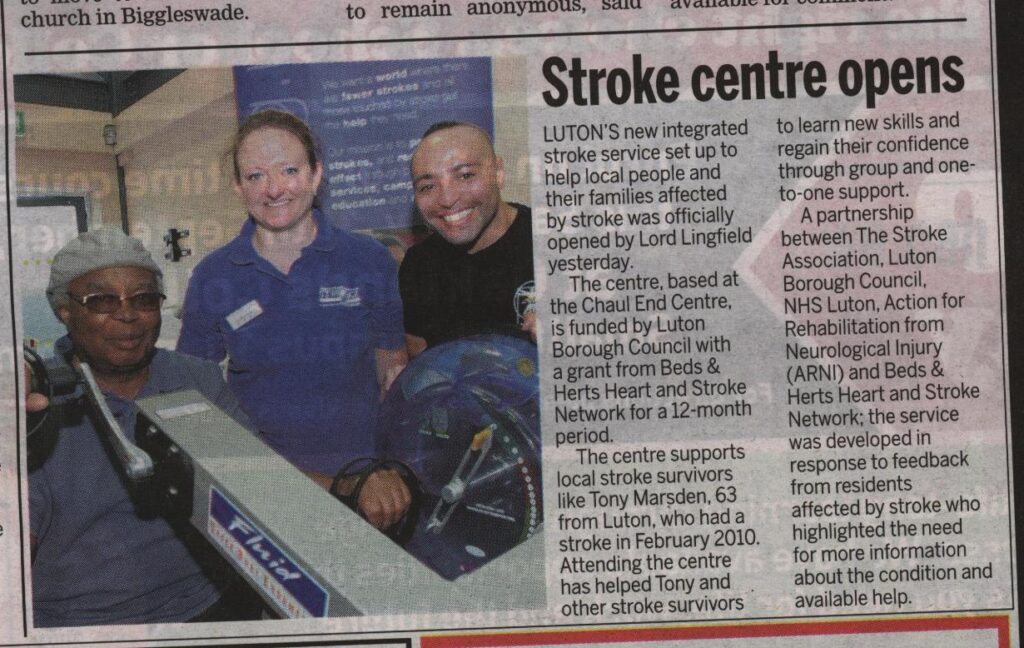 But it may be less well-known that engagement with exercise amongst the UK stroke population does not meet published recommendations and that exercise referral participants advised to go to gyms report feeling intimidated in the traditional gym environment. Moreover, that long-term adherence to exercise referral programmes is less than 50%. This is not good at all.

ARNI Approach on the other hand, is known for primarily being a one to one approach with the point that all stroke survivors are different and often require highly customised rehab/exercise teaching/support in their own homes even to be able to get out and re-join the community. Further, some survivors have no desire to go to gyms or involve themselves in groups.

But ARNI does run also a number of small groups around the UK, eg. ARNI Port Talbot, Wales – BBC News Report from 2015.

Please read also this prior ARNI blog article: Exercise After Stroke: Everything You Need To Know.

The ARNI group work follows a similar kind of methodology/protocol that one to one the intensive type of exercise/rehab training that ARNI is well-known for. Therefore ARNI group training is highly adaptable, hard work (makes you sweat!) and highly differentiated throughout sessions rather than a ‘one size fits all’ approach (as noted by the last bullet point, below).

This systematic review compares studies of ARNI groups and UK exercise referral schemes. Of all studies, one concerning ARNI had the greatest age-range: 19-84.

Rachel Young reflects (to me) on the benefits of ARNI Approach from the data she sees:

As noted in the second sentence of this blog, the impact of exercise upon Activities of Daily Living (ADL) was mixed when scrutinising data from those doing Exercise on Referral (ERS) schemes, with participants from two of the studies suggesting that they did not experience improved performance in ADLs. In contrast, participants who had engaged with the ARNI programmes identified specific improvements in ADLs including eating, dressing and household tasks.

Exercise referral schemes (ERS) were perceived as a substitute for physiotherapy. In contrast, participants from the Norris et al (2010) study concerning ARNI stated that they had felt “mollycoddled in hospital” and that the ARNI programme was the opposite to “half-baked physiotherapy.”

Analytical theme 1: “Training principles as a foundation for programme design.”

The ARNI Training principles as a foundation for programme design were found to be a significant factor:

The synthesis found that all participants on ARNI programmes experimented with attempting new things, and tasks they thought they could not do. Participation in the ARNI programme had re-introduced experimentation which is likely to have increased confidence. For example: “I’m finding I can stand up now without having to push myself up on my hands. I’m doing that more often. I’ve even tried a couple of times from the settee, which is low down, and I’ve done it.”

The synthesis also found the the ARNI training described as a physical challenge both in its intensity but also the activities undertaken in the  programme. For example: “Challenging, I found it was very challenging, just the first day when we had to sort of actually walk on a mat without a stick…I felt that was really challenging…but also encouraging, to do more than I thought I could.

In some contrast, in relation to Exercise Referral Scheme, the synthesis found that some participants viewed the focus of gyms to be on fitness rather than rehabilitation and whatever they did in the gym would not further their functional ability. For example:  “Once they’ve assessed you, you’ve got this key you put in the machine, it tells you how long you’ve got to do and everything. With a computer you don’t need an instructor”

The synthesis found there was a sentiment that the individuals’ capacity had been artificially limited and that was now being tested by the ARNI Programme.

Implicit in many of the comments taking part in the ARNI Programmes was the idea that the individual had been challenged to reconceive their own possibilities. For example:  “Whatever you do don’t medicalise it .. I think one of the key benefits of this is that it’s not another bloody appointment. You know it’s not the hospital… it’s also a community facility .. it introduces you and makes other things accessible”

A commonality of all approaches in rehab/exercise after stroke was revealed by the synthesis too: Post-stroke self was portrayed as fragile. Lack of confidence and purpose and perceptions of how people viewed them post-stroke made it easy for participants to retreat into “safe environments”. For example: “The fact that I could contribute and I still had something to give, I wouldn’t say to society. But I wasn’t just a has-been. When you do come home from having stroke you do feel that you are a has-been”. 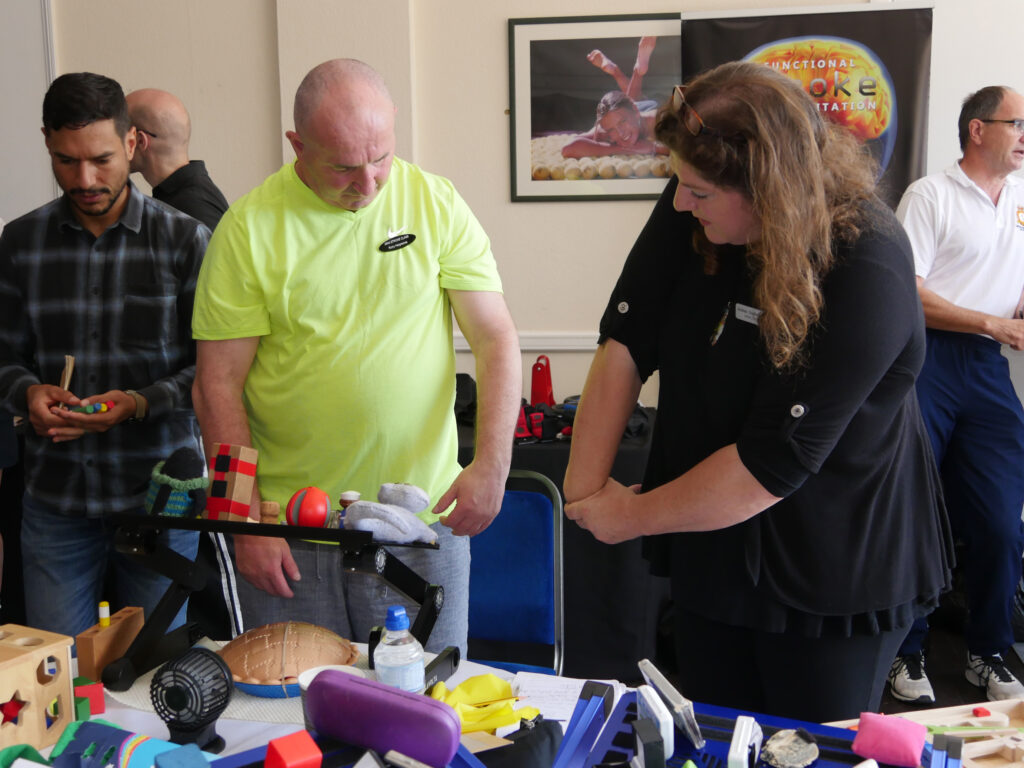 This does make the requirement for the stroke survivor to ‘take back control’ and become as autonomous as possible in his or her ADLs, as key to progression and ‘beating/managing’ the effects of stroke.

When it is borne in mind that these group studies show data from just 6 to 12 one hour sessions, the heightened ARNI training effects of intensive one to one retraining with a exercise professional can be possibly be surmised… and many are shown here in ARNI  Rehab  Testimonials

A sentence needs to be highlighted from the conclusion of this synthesis: ‘Rehabilitation services need to collaborate with exercise providers to facilitate a positive transition towards long term exercise participation.’

Tom says: ‘This is exactly so. Healthcare professionals would like there to be a seamless provision of support and ideally, rehab plus exercise. But public often find out upon discharge that the wait for a community OT or physio to come and help can be up to 12 weeks (or more). The therapy may or may not be beneficial enough or continue long enough. Some last for 6 sessions (of 45 minutes or so). The survivor most usually isn’t taught how to help themselves’.

‘Group classes, if they exist for stroke, are extremely patchy around the UK and often the survivor is in no fit state at all to attend. Often the group classes are not ‘retraining focused’. If they are, they’re at best run by stretched physiotherapists who are not exercise professionals… although some are and of course there is natural cross-over’. 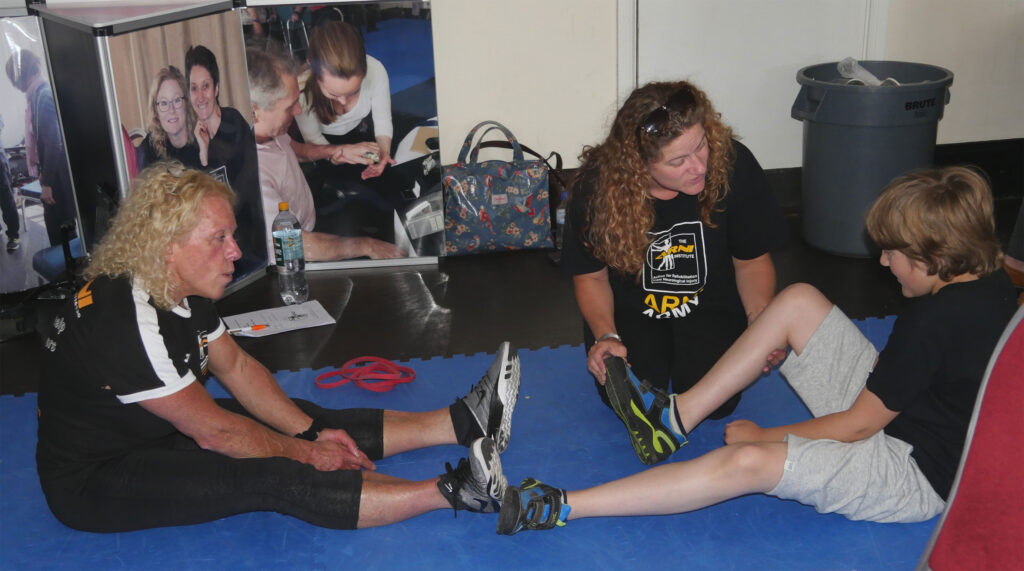 ‘So the survivor is left with, if they want to rehabilitate optimally, attending a really good physiotherapy clinic once a week – go to somewhere like Hobbs Rehabilitation or PhysioFunction which are both great. Or they can ask for for an ARNI Instructor to come to their house weekly or daily. ARNI is very affordable and has a 20 year history of rehab/reintegration-to-lifestyles successes.

An outstanding free (but by its nature, quite booked up) Queen Square Upper Limb Clinic set up by Professor Nick Ward (see prior blog page for interview). Rehab services like Professor Ward’s Institute of Neurology have recognised this synthesis’ conclusion above a long time ago (at least 12 years now),  and have made strenuous efforts to work with/teach exercise & rehab trainers about neurorehabilitation and the potential of the brain to adapt via repetitive activities. And how to steer rehab re-training efforts optimally.’

Tom has consistently noted that Neuro-services and experts in Neurorehabilitation, working hand in hand with exercise professionals (as far as their very limited time can allow) to provide support/learning for that next ‘rung’ (the rehab/exercise professionals) who CAN offer long term rehab, is THE key.

« OXFORD UNIVERSITY RESEARCH TO IMPROVE THE SLEEP OF STROKE SURVIVORS |