In the summer of 2014 I had a heart attack.  I was 66 years of age, fit, and had not previously suffered any serious illness; I was in semi-retirement at the time.  A month later, while recovering in hospital I was afflicted by a stroke that affected the left side of my body. For some weeks I was so weak that I could not support myself sitting up.  I was eventually discharged two months later, but I was still unable to walk and reliant on a wheelchair.  After some months I was making use of a mobility scooter for the outside.  On release from hospital I received both basic physical therapy and the services of an occupational therapist on the NHS.  The former treatment lasted around two months and was replaced by regular sessions in a hospital outpatient department.  The occupational therapy continued meantime and I progressed to the point of being able to walk upstairs although my mobility was still very limited. 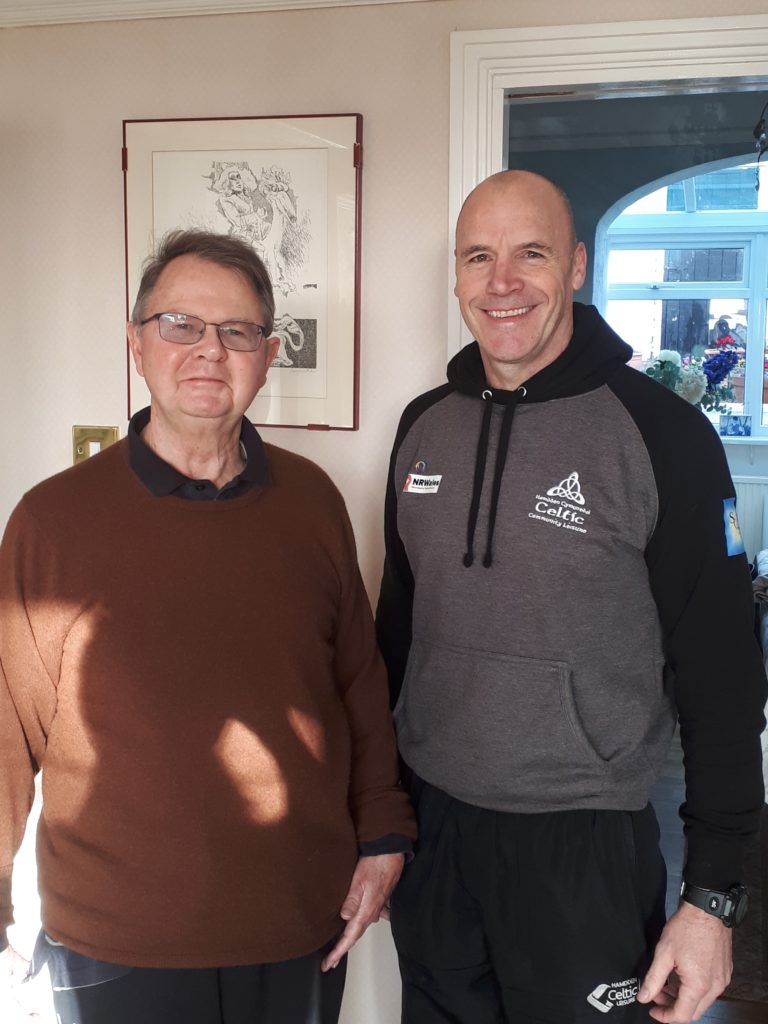 Through my occupational therapist I got to hear of ARNI and around a year after my stroke I had my initial session with David Francis, in Glynneath, Wales, who continues to be my instructor.  I was very fortunate that David was willing to travel to my home for all my training as it was not easy for me to attend the centre at which he provides the ARNI sessions.  At the start of my involvement with ARNI I also acquired Tom Balchin’s manual *The Successful Stroke Survivor*, and as well as reading about the benefits of the exercises it contained I was very enthused by the account that Tom provided of his own illness and his determination to overcome it.

Above all, my experience with ARNI has been so positive because of the professionalism and dedication of David, my tutor.  With his guidance I started to walk further and with greater confidence and was able to dispense with the stiff plastic ankle brace on which I was reliant.  Moreover, with the passage of time I have been able to walk outside without constantly using a walking stick.  Supplementing the practice of outside walking has been a whole range of exercises that David has taught me, designed to strengthen the parts of my body affected by the stroke, notably the leg and the foot.  A side-effect of my involvement with David and the ARNI programme has been an improvement in my fitness level, important for my cardio-vascular health.  In addition to my weekly sessions with David I exercise several times a week alone in the house, making use of the various activities I have been taught.

A stroke is, of course, a life-changing experience, but my involvement with ARNI via David Francis has served to mitigate the worse effects of that affliction.  It has resulted in a better quality of life for me, and supplied me with greater independence, confidence and expectation.